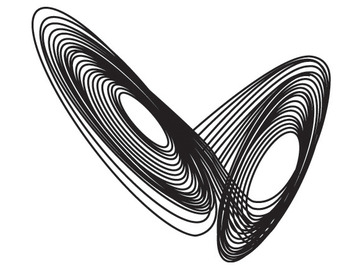 In HSD we agree that “ethics” are “moral principles that govern a person’s or group’s behavior.” For example, telling the truth and taking care of family are examples of moral principles that are important and describe aspects of ethical behavior in our culture. Additionally, human systems dynamics (HSD) tells us that principles of ethics emerge over space and time as people come together to live, work, and play. The ideas about how to live, work, and play become shared agreements that generate system-wide patterns. Those patterns, in turn, influence subsequent behavior of the individuals (see CAS). What that means is that, as people come together and begin to form a “society,” they agree on what constitutes acceptable behavior and relationships. They then use those agreements as a foundation for rules and laws that inform future behavior of the society.

The reason these agreements are critical to a system is that they generate patterns of interaction that ensure the sustainability of the whole. When people agree about their code of ethical behavior, they commit to behave in coherent ways, behaving similarly across the system. They communicate their code to each other, building capacity of individuals and groups to understand and adhere to shared expectations. They establish constructs, like laws and rules, that inform individual and group behavior and connect groups to each other inside the system. Finally, they use that common code to measure continuous adaptation and growth of individuals and groups toward system-wide ethical behavior. These patterns—commitment, communication, capacity building, coherence, constructs, connection, and continuous adaptation—emerge in society when individuals and groups live by shared agreements. The benefit is, that the patterns also contribute to the ultimate sustainability of the whole system.

People in the society promulgate their shared ethics by establishing rules that inform future behavior. Rules are codified to define the “law of the land.” Rules shape formal ethical codes for professional and social groups. Rules become the foundations for social mores that remain coherent, even as they vary slightly from one generation, family, or neighborhood to the next. The rules, or definitions of what constitute ethical behaviors, become the strange attractor, setting the boundaries for activity, allowing individuals and groups to take specific and individual action within that boundary.